This site uses cookies to improve your experience. By viewing our content, you are accepting the use of cookies. To help us insure we adhere to various privacy regulations, please select your country/region of residence. If you do not select a country we will assume you are from the United States. View our privacy policy and terms of use.

The 7 new rules of IT leadership

The CIO role continues to evolve, changing as dramatically as the technology it manages and maintains. Moreover, the pace of the chief IT position’s transformation seems to be accelerating — likewise mirroring the speed of change in the tech stack.

Shining some light on By Light IT Professional Services

By Light Professional IT Services was founded in 2002 as a small family business and has since expanded to a large organization with more than 2,000 employees.

The effects of such an unpredictable environment are profound, and no organization in any industry is immune. Looking across our client base, we expect to see varying degrees of impact as the turbulence continues. The common thread?

The sales industry has been witnessing the rise of AI and automation over many years and 2023 will not be an exception.

Which ESG Topics Get the Most Attention?

People are focusing on how companies are responding to the headline issues of the day, says a report from 3BL Media on evolving interests in ESG subjects, which also found a mismatch between the stories brands publish and topics audiences want. 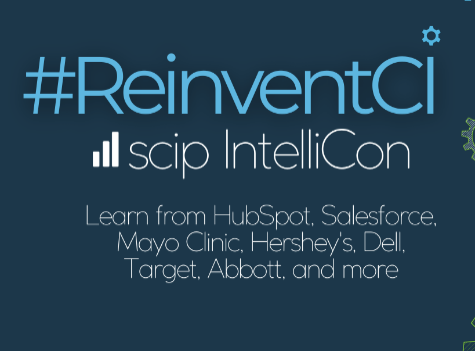 Building and managing infrastructure yourself gives you more control — but the effort to keep it all under control can take resources away from innovation in other areas.

Sign up to get articles personalized to your interests!

Competitive Intelligence Brief brings together the best content for intelligence professionals from the widest variety of industry thought leaders.

The new year brings familiar problems for cities around the world. Many countries are still facing a multitude of crises: climate change continues to accelerate, economies are under pressure, and consumers are coping with inflation and skyrocketing energy bills.

Getting to know Wink: VA Ambassador

Peter is Wink’s VA Ambassador and the only thing more impressive than his knack for variable annuities (VAs) is his Australian accent. While he isn’t the first man to brave Wink’s day-to-day operations, he has more experience than most of the Wink staff combined.

Aerospace organizations are pushing new boundaries every day. Their products, research, and technologies are changing the way the world works.

Having a data science plan in place is important for any business. However, for a SaaS company, it becomes even more important as you handle a large volume of data that needs to be stored and processed in a variety of ways. The collection and analysis of data has many business benefits.

What does the evolution of ESG programs mean for communicators? As it turns out - a lot. New challenges are coming into focus, driven by the increasing attention to corporate sustainability and environmental, social, and governance (ESG) programs, and the evolving state of ESG reporting regulations. This new ebook from 3BL Media explores seven trends in detail and unpacks what they mean for communicators. Access your copy for free today. 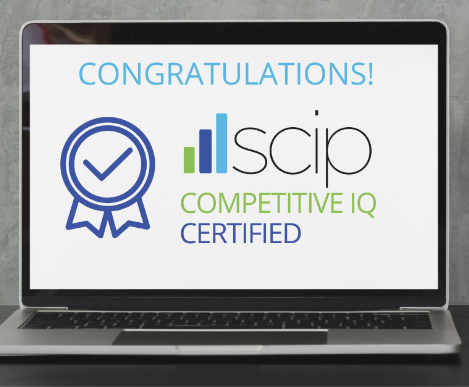 COP27: successes, failures, and next steps

Like its predecessors, COP27 offered mixed results. As the conference’s detractors have long lamented, if COPs were truly effective, we wouldn’t have needed 27 of them. Still, there are some genuine marks of progress to celebrate.

The digital industry has evolved massively and consistently over the years, often taking off in surprising directions. But one thing has remained constant: The role that data plays in driving business success has only grown.

Spend Less, Get More: How Switching from Legacy PDF Editor Can Elevate Your Business

The PDF is a de facto electronic file format for a wide range of industries, giving organizations a reliable way to present information to others in a format that remains consistent no matter the user’s underlying hardware or software.

7 Ways to Supercharge Your ABM Strategy with Real-Time Intent

Streaming real-time intent is a homerun for marketing and sales’ account-based marketing (ABM) strategies. With real-time buyer insights, you can be first-in-line to provide solutions and lead better, hyper-personalized conversations. 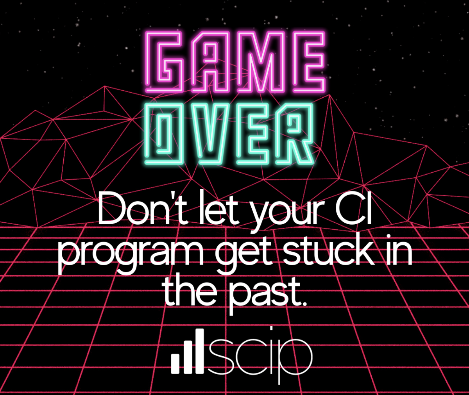 Fred Laury, Chief Digital Officer at TAB New Zealand, on the importance of empathy to influence and collaborate, how the CIO role is changing post-pandemic, and how he’s learned to adjust the sails in rough waters. Watch this episode: Listen to this episode: CIO, CIO Leadership Live

Karl Nicholson, Technology Evangelist at Slack Ask any tech team, and they’ll tell you that the use of workplace apps has skyrocketed in recent years.

Digitizing Logistics: Harness the Power of Data in 4 Steps

Entering a new demand gen position in a volatile market is nerve-wracking. In demand generation, data is essential for knowing who you should target and how. In this eBook, you’ll learn how to identify and target your ideal prospects using different types of data.

How to Tell if a Technology Trend Has Staying Power

Reading Time: 3 minutes With prediction season upon us, analysts, vendors, and influencers alike have many predictions on what technology trends we can expect to see in the year ahead.

Owler’s latest product launch is the Owler Max Google Chrome extension. It’s time for an upgrade to your sales tech stack! During a sales day, making the most of your time counts.

After gathering some of the best go-to-market plays from our own B2B sales and marketing pros, we've package them here for you. Try one of these 16 plays in your next salesflow or as inspiration for your next winning sales engagement strategy.

Rising interest rates are continuing to push consumers to buy annuities, a top annuity issuer executive said Thursday. Mike Downing, the chief operating officer of Athene Holding, reported that sales conditions were much better than expected in 2022 and continue to be strong now. Click HERE to read the full story via ThinkAdvisor. Wink’s Note: Allison Bell with ThinkAdvisor has some zingers every now and then!

NAFA Elects 2023 Board of Directors

WASHINGTON, Jan. 13, 2023 (GLOBE NEWSWIRE) — The general membership of NAFA, the National Association for Fixed Annuities, approved the slate of candidates presented for its 2023 board of directors at the association’s annual meeting held recently in Santa Monica, Calif. Nominations were received from the membership at large, and candidates were vetted by the current board before being proposed during the association’s 14th annual Annuity Distribution Summit.

Successfully complete the five stages of ABM: define, identify, engage, convert, and connect. We’ll show you how to create a unified system with your sales team to help them land more qualified opportunities and connect with prospects like never before.

Join 9,000+ Insiders by signing up for our newsletter

BE IN THE KNOW ON

Expert insights. Personalized for you.

We organize all of the trending information in your field so you don't have to.
Join 9,000+ users and stay up to date on the latest articles your peers are reading.

Get the good stuff

You know about us, now we want to get to know you!

We've sent an email to . Please verify that you have received the email.

We have resent the email to

Let's get even more personalized

Are you sure you want to cancel your subscriptions?

Get the good stuff

You know about us, now we want to get to know you!

Let's get even more personalized